Melissa Merlino is a PROS Therapist who’s been with Access for over six years. She started as a PROS Specialist, and while working at Access, got her BSW from Marist and her MSW from Adelphi. Though going to school and working full time wasn’t easy, Access helped by offering flexible scheduling and tuition reimbursement.

As a PROS Therapist, Melissa’s job looks different from day to day. She provides group therapy and helps individuals with various skill-building projects. One of the things she most appreciates about PROS is that because of the nature of the program, she interacts with several clients throughout the day. “Brief hallway interactions can be very meaningful,” she says, and they help build connections that are hard to come by in a traditional therapy setting.

Part of what Melissa likes about social work is that no two days look exactly alike. At the same time, that also means that social workers need to be flexible. It’s good to look ahead and know what you want to get accomplished each day, but keep in mind that your day probably won’t go as planned.

Melissa is a crafter and loves to crochet and sew in her spare time. She’s tried her hand at knitting by making a Doctor Who scarf, and it’s one of her favorite projects. She also enjoys attending gaming conventions. At one convention, she combined her professional and personal interests by volunteering as a clinician with an organization providing quiet space and support for attendees. On top of it all, she became a mom last year, and it’s a role that’s got her busier than ever. When looking at all that’s changed for Melissa over the past six years, it’s exciting to consider where she’ll go during the next six. 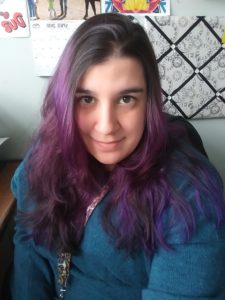